Founded in 2014, GreenWave Advisors is a Cannabis Centric Advisory Firm that Provides Independent Financial Research & Valuation Analysis, Due Diligence, and Other Consulting Services. 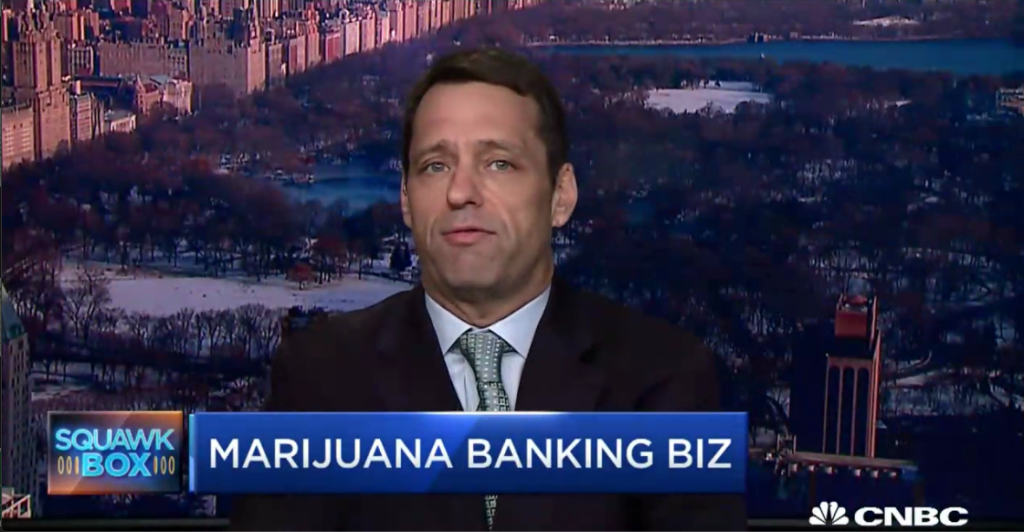 GreenWave Advisors is uniquely positioned with years of forensic, audit and Wall Street equity research experience to deepen your understanding of the industry’s rapidly changing dynamics and assist you in making better informed decisions.

Matt was also Principal and Senior Equity Analyst at Bull Path Capital Management, a New York City based hedge fund, where he was responsible for investment strategies of emerging technologies primarily within the Technology, Media and Telecom sectors. Prior to his career on Wall Street, Matt held various finance and accounting positions at PriceWaterhouse Coopers and Deloitte as well as at Texaco Inc. where he worked throughout the U.S., Europe, The Caribbean and Asia. Additionally at Chase, Matt was responsible for implementing the bank’s corporate accounting policies on commodity, interest rate and foreign currency derivative products. Matt graduated from Fordham University with an MBA in finance and earned a B.S. Business Administration with a double major in accounting and finance from Miami University (OH). Matt is also a Certified Public Accountant.

Jonathan Gordon is a due diligence specialist focused on alternative investment strategies such as private equity, venture capital and hedge funds. He has over 15 years of experience in providing research and due diligence to endowments, foundations, public pension funds, and family offices. Jonathan holds the Chartered Alternative Investment Analyst designation and has earned bachelor’s degrees in marketing and finance from the University of South Florida.

Mitch Hara is an accomplished CEO, investment banker and investor with over 30 years of experience operating in dynamic and disruptive environments in Cannabis, Consumer Products, Retail & e-Commerce.

This includes over 20 years on Wall Street, building leading M&A, Restructuring, Leveraged Finance and Industry practices at premier investment banking boutiques Wasserstein Perella and PJ Solomon, and bulge-bracket firms, Merrill Lynch and Citigroup, and over 10 years in C-Suite and advisory roles at publicly traded and privately held companies, where he has helped create significant stakeholder value and execute successful exits.

Over his career, Mitch has originated, structured and executed over $60BN in mergers, acquisitions, divestitures, restructurings, leveraged buyouts, debt and equity financings and currently serves on the Advisory Boards at Grand Slam Partners, GreenWave Advisors, Kirsh Helmets and IBP Institute, is a Mentor atHBS Start Up Partners, and a member of HBS Alumni Angels of Greater New York. Mitch earned an MBA from Harvard Business School and a BS in Finance from Syracuse University.

Ray Katz has served a combined 20 years as one of Wall Street’s most influential equity analysts with tenure at Lehman Brothers and as Senior Managing Director, Bear Stearns & Co where he led its media equity research team.  Additionally, over the course of his Wall Street career, Mr. Katz was repeatedly voted by his clients to serve as a member of Institutional Investor’s All-America Research Team for his coverage of the cable television and entertainment sectors.  From 2010 to 2015 Mr. Katz was Director of Equity Research at Guggenheim Securities, a startup broker dealer in New York City, where he built the research platform from a standing start.

Prior to his Wall Street career Ray was a financial executive at CBS, Inc. where he was a cost analyst at CBS Music, the Director of Operations & Engineering Finance for the CBS Television Network, and Director of Strategic Planning for the CBS Broadcast Group.   In the latter position Ray was also responsible for M&A, ran a cable system in Texas, managed the financials of the international syndication business, and managed departments aggregating a headcount of 110. Ray has a BA from SUNY Albany, and MA from CUNY, and an MBA from NYU’s Stern School of Business.

David Traylor is Senior Managing Director at Golden Eagle Partners, a firm he founded in 2012 to advise life science companies. After advising on various transactions in the life science sector, he took an interest in the cannabis sector and started advising cannabis companies in 2013. In 2014, he joined Surna, Inc. (OTC:SRNA) as Chief Business Officer. After close to a year stint at Surna, Mr. Traylor re-founded Golden Eagle Partners to provide his knowledge to companies across the cannabis sector. Before Golden Eagle Partners, Mr. Traylor served at leading investment banking firms including Pacific Growth Equities (which later became Wedbush), Caris & Company and Headwaters MB (which later became Capstone Headwaters). During his banking tenures he has advised private and public biotechnology and medical device companies in various transactions including IPOs, public offerings, private offerings, mergers and acquisitions totaling over $500 million in value.

In 1988, Mr. Traylor was one of five Colorado players selected to play for the Denver Rifles in the American Lacrosse League (ALL) – the first U.S. professional field lacrosse league. Mr. Traylor is parlaying his athletic background and knowledge in cannabis as a valuable member of Athletes for Care. He received B.A. degrees from the University of Colorado, Boulder in Biochemistry and Molecular, Cellular and Developmental Biology and an M.B.A. from the Leeds School of Business at the University of Colorado-Boulder. He is also the inventor on three issued U.S. patents. Mr. Traylor is a registered representative and has passed the FINRA Series 7, 63 and 66 examinations.

Paul Quilkey has created and managed global investment and trading businesses within banks, hedge funds, and industrial companies within the public and private sectors. Paul is the founder of Alinga Capital LLC, a trading, investment, and services business focused on alternative and frontier markets including cannabis and hemp.

Paul is the former Head of Westpac Global Energy, Global Head of Foreign Exchange and Commodities at Westpac Banking Corporation in Sydney, and the CEO of Enron Australia Pty Ltd. Paul holds a BA from the University of Canberra, Australia, and an MBA from Rice University, Texas, USA.